The site is unable to respond. Please check your Minimum Browser Requirements. If you continue to see this message, please contact Customer Service . 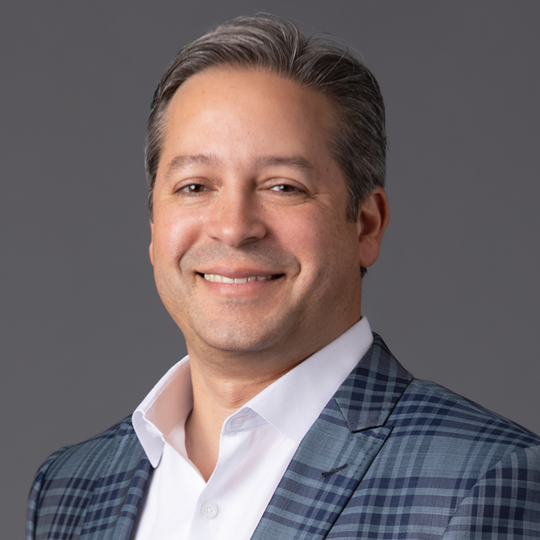 Ruben Familia’s Amway career spans nearly 20 years supporting 33 of the company’s markets and partnering with thousands of Amway Independent Business Owners (IBOs) around the world. Throughout his tenure, his top priority has remained the same: IBO success.

“IBOs expect and deserve the best. My commitment has always been to deliver on that promise, and I will continue to support improvements in the business that will help drive their success,” says Ruben.

He joined the company in 2002 as general manager of Amway Dominican Republic, where he quickly became a trusted leader among the affiliate’s employees and IBOs. In collaboration with the local leaders, he helped transform the market’s operations from $3 million to $30 million and added responsibility for Puerto Rico and the Caribbean. Ruben also helped found the Direct Selling Association in the Dominican Republic and served as its president.

Ruben was named North America’s director of Leader Growth Solutions in 2017. He led an organizational restructuring and enhanced account management and partnership. He also invested much of his time in team development, which resulted in improved field support.

“I’ve always been enthusiastic about creating strong and high performing team and helping them grow professionally and personally. I love to be part of teams who share a passion to see IBOs thrive,” says Ruben. “It’s inspiring to see them come together to build better experiences for IBOs and their customers. It’s a win-win!”

In 2020, Ruben relocated to Germany to serve as chief sales officer for Europe and South Africa. He led strategic changes to sales account management for the region. He also launched a new compensation program (Core Plus) and lead initiatives to help business owners grow their businesses with new communities of customers.

Ruben returned to his Amway roots in North America as vice president of Sales in 2021. In this role, he heads Leader Growth Solutions, training and education, IBO compensation, events and recognition and sales operations. He excels at driving growth and innovation with a strong focus on collaboration to maintain North America’s position as one of Amway’s top markets.

“I’m thrilled to be back at Amway World Headquarters. This is where Rich DeVos and Jay Van Andel started it all and it’s an honor to build on and continue their legacy,” Ruben says.

Ruben lives in Grand Rapids, Mich., where he has served on the Board of Directors for Easterseals Michigan. His greatest blessings in life include his wife and three daughters.

Loading
The system is unable to load the contents of this page. If you continue to see this error, please contact Customer Service 800-253-6500.
Logout
Do you really want to cancel your registration?

By selecting cancel, the new IBO must complete the rest of the registration process, including payment. You will not be able to return to the payment option.

Before you get started

Share referral links to your favorite products and receive credit for all of your customer sales.